The guitar has been associated with Spanish popular culture since before the Renaissance and its importance in traditional music has remained unchanged up to our own times. But from the beginning, there existed as well a highly developed and refined culture of composition where the guitar was an equal to other instruments for which complex voice-leading and elaborate variation sets were conceived. This program should demonstrate the full spectrum of inspiration for the guitar in 17th century Spain from the strummed music of the street to more extended forms constructed along elaborate architectural lines for the initiated from court circles.

Of the latter, the high point of the program will be the ‘Passacalles del Primer Tono’ by Guerau. With a clear meter, first in duple then in triple time, and with elaborate counterpoint within the four-measure variation context, this piece builds in intensity throughout its extended form.   This compositional style contrasts sharply with a piece such as Sanz’s ‘Tarantela’, a Spanish version of the Italian dance played only with the driving rhythm of a series of cleverly devised strummed chords. And in between these two extremes we have an entire series of popular-inspired melodies, regional character pieces and lyrical variations on traditional themes.

The title of the book by Sanz, Instrucción de Música sobre la Guitarra Española (Zaragossa, 1674), presents it as a guitar method, but it is above all an anthology with every possible musical form that the guitar of the time could play, from evocative melodies set with simple charm to more elaborate freely-composed fantasy-like original compositions.

Guerau’s Poema Harmonico (Madrid 1694), is a collection of variation sets with some of the most sophisticated writing for the guitar from the entire baroque era. Well aware of contemporary styles in France and Italy, Guerau created works of extraordinary variety and often profound inspiration.

Of special interest is the tuning of the 5-course guitar in 17th century Spain. Following the advice of Gaspar Sanz, the 4th and 5th course are tuned an octave higher than one would encounter on the modern guitar with the result that the lowest pitch is the 3rd course. This treble-oriented world of sound gives a unique poetic aura which in its best moments creates a magic of its own. 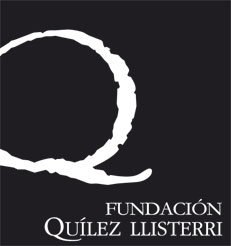